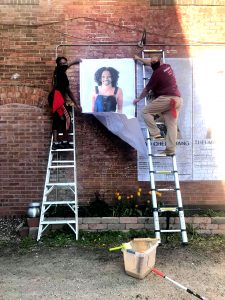 In today’s app- and social media-centric world, when someone hears the term digital storytelling, images of memes and YouTube videos may fill their minds. What many may not realize is that the practice of using computer-based tools to tell stories stretches back decades. And in Minnesota, there was a group of people pioneering this movement in the mid-90s.

“The nonprofit I was working for, Film in the Cities, had gone under,” shared Kristine Sorensen. “I was teaching video for them and wanted to continue that type of work. So, I began freelancing as a teaching artist in rural and urban communities around Minnesota.”

A short time into her consulting, Sorensen realized that while more people had access to editing software and equipment, there were a lot of communities being left out of the digital arts. In 1995, at one of her workshops at St. Paul Open School, she met 14-year-old Sai Thao. Sorensen and the budding storyteller began to have discussions about the need to make the creation of digital media art more accessible. “Back in those days,” said Sorensen, “there was an even bigger  divide between who could access computers and cameras and who couldn’t. Very few schools in poor and rural areas offered any type of graphic arts, and it wasn’t even in the budget for many of them.”

Soon after, Sorensen co-taught a workshop with filmmaker Bienvenida Matias for Latino youth in Crookston, Minnesota — a town with a population of about 8,000, and located 288.5 miles northwest of Minneapolis. “The experience was powerful,” she said. “And it really cemented for me the need for marginalized communities to have access to telling their stories through digital forms.”

“Unfortunately,” Sorensen sighed, “there has always been a big gap when it comes to who gets to share their story in our society. The digital arts were no different, and I knew something had to be done.”

In 1999, Sorensen hired Thao as a teaching artist and together they began to develop multimedia curriculum and programs aimed at youth from underserved communities. A few years later, Matias joined the duo and together they formed In Progress — a Minnesota nonprofit that teaches digital art making as a tool for public discourse.

“We’ve been around long enough,” said Sorensen, “that some of the youth I work with now are the children of artists I worked with in the 90s. Our archives are filled with family movies, photographs and graphics that capture all of the changes these communities have gone through — communities that otherwise wouldn’t have been given the opportunity to tell their story.”

The three digital disciplines In Progress supports are film/video, photography, and music. The organization offers several programs, such as Digital ME — a series of art residencies in schools throughout the state of Minnesota — and Digital Journeys — a mentorship program for youth that removes age, economic and cultural barriers to artistic development.

In Progress operates two studios: one in inner city Saint Paul and another in Crookston, MN. The Saint Paul site offers approximately 2,000 square feet of creative production, exhibit, classroom and editing space, as well as a music studio. It is furnished with professional photo and video equipment and is accessible to more than 200 unique users each year. The studio in Crookston provides about 1,200 square feet of open exhibition space that can also be used for public gatherings, instruction and creative production. “The Crookston studio has few services at this time, as it is just opening and finding its purpose. What [it] has done most effectively is create a public presence for Latinos and digital artmaking,” said Sorensen.

In its more than two-decade long trajectory, In Progress has seen several of their artists recognized, and many video works have been accepted into film festivals across the world. Recently, two artists from northern Minnesota had their photographic works included in an international museum tour that featured Indigenous photographers. “Many of our artists,” said Sorensen, “have received travel and production grants regionally. There is a lot to be proud of in our history and in our support of artists.”

“Prior to the national shutdown,” she continued, “one of our artists, Miracle Espericueta, was planning travel to Cambridge, Massachusetts as her film was to be in the Do It Your Damn Self Festival. Unfortunately, the festival was canceled, as were her travel plans.”

Aside from interrupting artist showings and workshops, COVID-19 has pushed In Progress to reprioritize their efforts. They have now shifted their focus to supporting their community of artists during the pandemic by looking for ways to secure funding for them. “We have received many grants from MRAC over the years to help support many of our programs and projects. We recently received an Emergency Relief Fund from MRAC for $2,500, which we divided among our teaching artists,” said Sorensen. 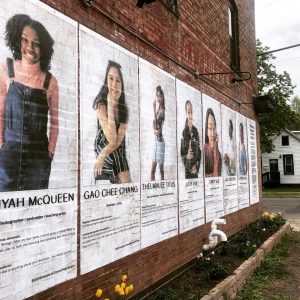 In addition to finding sources of income for their artists, Sorensen shared they are hosting weekly meetings via video conferencing to keep the community together during this time of isolation. They are also finding ways to honor members of their youth program participants.

Sorensen said, “It came to our attention that seven younger artists, some of which had been involved with In Progress for 10 or more years, would be graduating high school without a prom, a ceremony, a gathering of friends. This group had grown up as artists, and were actively involved in creating and supporting our programs. Some had seen their films publicly acknowledged in regional and national film festivals. Others had taken on roles as teaching artists and program leaders. And yet, so many of their lifes’ accomplishments were being achieved without recognition.”

“Thus,” Sorensen continued, “we decided to offer the seven an opportunity to be photographed and to have their thoughts about their futures and their communities presented publicly. The seven came to a staggered photoshoot where social distancing was adhered [to] (family members could sit together). Artists Kazua Melissa Vang and Tomas Leal led the photo shoot. Once completed, artwork was formatted and presented publicly on the west facing wall of the building.”

“My feeling is that it will offer our neighborhood a place of pride as they see the success and hopefulness of the next generation of community leadership,” she said.

To learn more about the programs In Progress offers, or to support them, please visit https://in-progress.org/.

Belo Miguel Cipriani is a media entrepreneur, an award-winning author, a prize-winning journalist, and a teacher, nationally recognized for his contributions to the advocacy, employment diversity, and disability fields. He is the CEO and founder of Oleb Media – an ADA compliance firm – and the publishing house Oleb Books.  He, along with writer Anitra Budd, is talking with MRAC artists and groups to hear and share their stories in the monthly series.