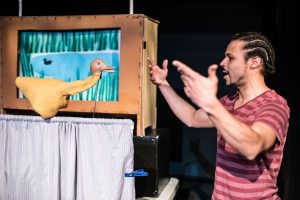 Fans of Monkeybear’s Harmolodic Workshop could be forgiven for thinking it’s larger than it really is. Since 2016, the Minneapolis nonprofit has helped dozens of Native and POC artists learn contemporary puppetry skills through workshops, mentorship, and access to studio space, and staged several well-received performances as well. The organization won a 2018 Great Beginnings Arts Achievement Award from the Metropolitan Regional Arts Council (MRAC) and a 2019 Sally Award from the Ordway for, in part, having “a significant impact on education or mentoring in the arts.”

But behind the scenes, Monkeybear is essentially a one-person band, run by founder, AD, and ED Chamindika Wanduragala with volunteer assistance. In fact, Wanduragala—an artist in her own right who works in puppetry, visual art, music, film, and more—was unpaid until the organization received funds through MRAC’s Organizational Development 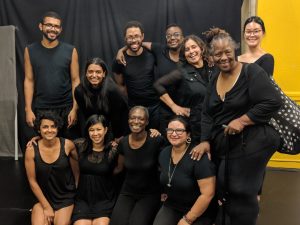 While Wanduragala has several successful grant applications under her belt, she’s been vocal about the problems she sees in nonprofit grantmaking for years. “I can navigate the system because I have experience running an organization, and I’ve learned from past mistakes,” she says. “But overall, I don’t think it’s a good system.” One issue she notes are application requirements that can be insurmountable for small arts groups. “With many operating fund grants, you’re not even allowed to apply unless you make a certain income over a certain number of years. That’s basically telling small arts organizations you can’t get money unless you’re already making tens of thousands of dollars year after year. As a result, you end up with a system that rewards large, established organizations over newer ones.”

This was one of the reasons Wanduragala applied for MRAC’s Organizational Development grant. “I appreciate that it’s specifically for small organizations. I also love that MRAC has a cutoff for funding—like, you can’t apply if your operating expenses are $400,000 or more. For small organizations, that helps create a more level playing field.” MRAC’s helpful staff was also a plus. “Everyone at MRAC has always been super supportive, and even given advice beyond the grant I’m applying for, like on organizational issues or applications to other foundations,” she says.

MRAC funds have been a big help in allowing Wanduragala to focus her energy on steering the group’s programming and artistic vision. “We have two big grant applications due in early February, one of which is our first application to the NEA,” she says. “Thankfully, part of the MRAC fund funds are paying for a consultant, Jessica Huang, to help us with grantwriting. Just knowing a grant writer who’s way more experienced than I am is working on these big, important applications—as opposed to me having to write them as well as work on shows—is already easing my mind.” 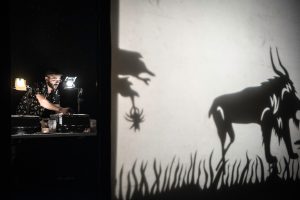 In addition to the grant funds, Monkeybear is experiencing a number of other positive changes. “We received 501c(3) status in September,” says Wanduragala. “We’ve also got a show coming up at Pillsbury House Theater in February as part of their Renegade-ism: Artists on the Edge series. And we just had the first meeting for this year’s New Puppetworks cohort. They’ll be meeting with their mentor regularly over the next few months, then they’ll present their work in a four-night run at Pillsbury in mid-June.”

Wanduragala hopes to someday shift more of her time away from management and back into art-making. “I’ve learned a lot about arts administration from running my own organization, but I don’t actually enjoy it. I would love to just create more for Monkeybear,” she says. “One of the things that can happen to artist-founders who’re good at the administrative side is that you end up not doing your own work, then you get burned out, then you don’t even feel like running the organization you started. I want to keep the spark alive, so in an ideal world, I’d be artistic director and have someone else in the managing director role. But that’s way in the future.”

Despite her professed distaste for administrative work, Wanduragala is quick to help Monkeybear artists in this area, particularly with completing grant applications. “I think grantwriting is a skill any artist who’s trying to make a living from their art needs,” she says. “That said, a lot of our artists are early-career and haven’t applied for a ton of grants yet, so they’re not sure how to word their responses, what kinds of auxiliary materials to include, all that stuff. I truly believe there’s no reason for folks to have to flail around for years before figuring these kinds of things out, so I help all our artists edit their grant applications. I see it as part of my job.” 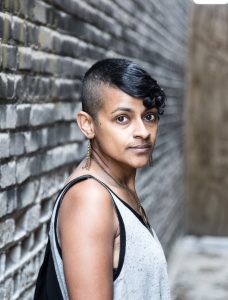 True to the organization’s emphasis on mentorship, Wanduragala is proudest of how Monkeybear helps other artists grow in their practices. “My dream when I started Monkeybear was to help more POC folks create puppet theater. So when I see how many of our artists are pursuing puppetry opportunities, and past cohort members—sometimes even from different years—collaborating on a piece, that makes me super happy. Because I know none of that would’ve happened if Monkeybear wasn’t around.”

The FY20 deadline for the Organizational Development grant is Monday, March 2, 2020. There are grant workshops scheduled to help you prepare an application for this competitive capacity building grant.

To see Monkeybear artists in action at Pillsbury House Theater in February 2020, visit this link for more information.

Anitra Budd is a freelance copywriter and editor for a variety of clients, including independent authors, the Loft Literary Center, FedEx, Thrivent Financial, Wise Ink, Red Line Editorial, and 3M. In her past job as editor at Coffee House Press she worked with a number of authors, including Kirsten Kaschock, T. Geronimo Johnson, Kate Bernheimer, Ron Padgett, Lincoln Michel, Christopher Merkner, and many others. In addition to her writing and editorial work, she’s an editor mentor in the low-residency MFA program at Sierra Nevada College (Incline Village, Nevada) and has taught courses at the University of Minnesota and Macalester College.